Summary:
Petros leaves the house, speeding out in his car towards his new job, at a brokerage firm. A young boy tries to catch up with him following the same route he has taken. When, after some time, the boy arrives at the office, Petros has already begun to regret his job decision. The boy will find him and give Petros the drum baton he “had forgotten” at home. After that it won’t be too difficult for Pertos to make up his mind.

Photos from the Don’t Forget shooting 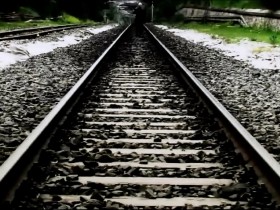